Capitalism – The dictionary definition is an “economic and political system in which a country’s trade and industry are controlled by private owners for profit, rather than by the state.”  This great country (the United States of America) was built by capitalists. 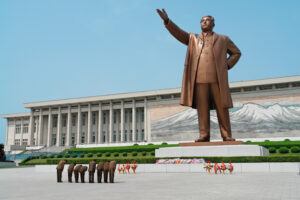 Capitalism breeds competition, innovation, efficiency and all of the beautiful, fantastic inventions that have sprouted up out of this fertile, capitalistic society.  There is an emerging and dangerous Marxist movement in this country to turn the majority of private enterprise over to the federal government.  The more control our federal government has over our economy, the more stifling and corrupt it becomes.    There’s a reason that people from all over the world are clamoring to emigrate to the United States and not to North Korea.

Patriotism – I love the United States of America.  I will always stand for the United States flag.  I will never turn my back on our colors, or our military.  I support the United States Constitution.   Freedom isn’t free.  It comes with the highest price, the price of blood.  Many brave and unselfish men and women of all backgrounds, creeds, colors, and religions have shed their blood to preserve our freedom.

I will always support, honor, and respect our men and women in the police.  I will defend my 2nd Amendment rights to the end.

Honesty – While I don’t believe in overpaying taxes (aggressive tax planning is not against the law), I do believe in paying what’s ultimately due.  Hiding income, paying employees and contractors in cash to avoid taxes is not a smart way to conduct business.

Deceiving customers, suppliers, or regulators is also a fragile business model that will ultimately collapse in the long run.  Be true to your employees, your customers, your family and be true to yourself.  An honest man’s pillow is his peace of mind.

Professionalism and Respect – I try to follow the Golden Rule “Do unto others as you would have them do unto you.”  Not always easy, but always a good idea.  Belittling employees, vendors, or customers can lead to bitterness and retaliation.

People’s character usually shines through when one is under tremendous pressure.  Not lashing out at people and maintaining your composure will garner respect and admiration from those around you.  I like to tell my clients that treating people with respect will translate into long term profits and wealth.  If people like you, they will go out of their way to help you.  Conversely, if they despise you they might just go out of their way to impede your progress….or worse.

Make someone’s day and tell them how important they are to you.  You’d be surprised at the impact that can have.